TRANSLATION OF INTERVIEW WITH MILAN DRAGICEVICH AT JOAKIM INTERFEST IN SERBIA, OCTOBER 2018

On the fourth day of the festival, in repertory at JOAKIM INTERFEST, was the American production (written and directed by Milan Dragicevich), Refugee, presented by the Sudbina Theater Company, based in Massachusetts. Nine years ago, the Festival’s audience in Kragujevac watched Dragicevich’s earlier play, Milosevic at The Hague.

“We had a wonderful experience at this festival [nine years ago] and we had always planned to return. The opportunity presented itself with our new play, Refugee,” noted Dragicevich.

The play Refugee deals with a theme that unfortunately is always painfully actual and relevant, particularly today, with this specific story focusing on the Dragicevich family.

“During World War II, my mother, as an 11-year-old girl, left her village home with her father and two sisters, thinking that it would be a short temporary displacement of 2-3 months. That was in 1944, after the capitulation of Italy, followed by the German invasion of Yugoslavia. Twenty five years would pass before she returned to visit her homeland.  It was an odyssey. Living in refugee camps, in Egypt on the Sinai and later in Italy, she and her family spent 7 years as displaced persons, until they received permission to relocate to America.”

Dragicevich continued: “Serbia is a country that knows the meaning of exodus and migration. My goal was to tie this story with the destiny of all peoples who are forced to leave their homes, and not only focus on my particular family history. The Serbian people, for centuries, have this “experience” – both interior displacement and exterior migration. So this play, in its own way, “widens” this story, because each of us can find oneself in its narrative.  It is interesting to observe what happens to an individual when one suddenly find oneself in a completely different or foreign environment, in another land, and one must create a new identity. And that is the question with which I grapple in this new play: How—and in what ways—do we change when we leave our homeland? I was raised in Los Angeles, near Hollywood, far from Serbia or Yugoslavia, and I always wondered how I might have developed differently had I grown up here, in the Balkans. I’m certain that my American environment shaped and influenced me in ways quite different than if I had lived here [Serbia].  I’m not saying it would have been better or worse, simply different,” explained Dragiceivich.

For Dragicevich, the theater must be a dynamic experience, one very different from the television or film mediums. “It must create something truly special, a theatrical mystery, something imaginative or metaphorical, in which we observe robust physicality and live music, a non-linear narrative where the story “jumps” across time and space. I’m satisfied with the manner in which our company presents the story and I hope that the Serbian audience will be satisfied as well."

​And it was. [Refugee received a standing ovation at its premiere.] 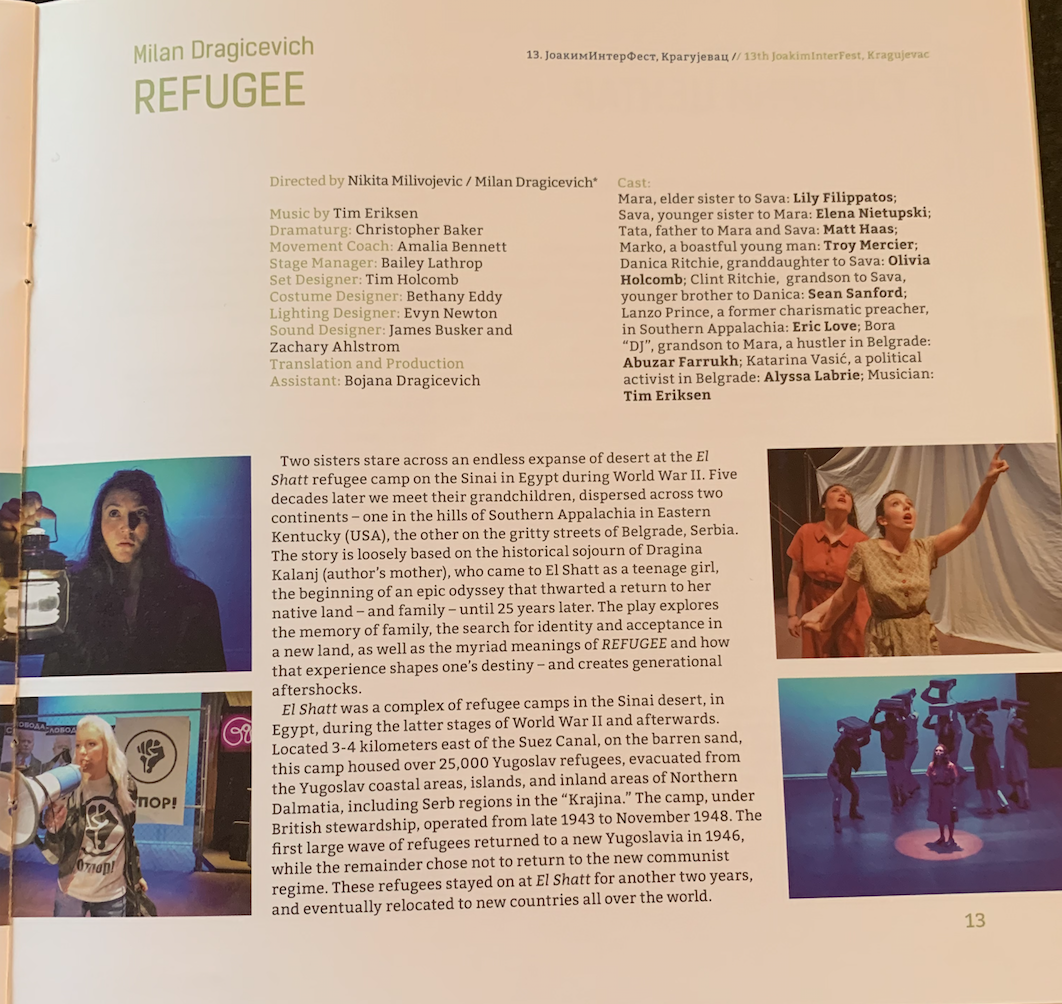 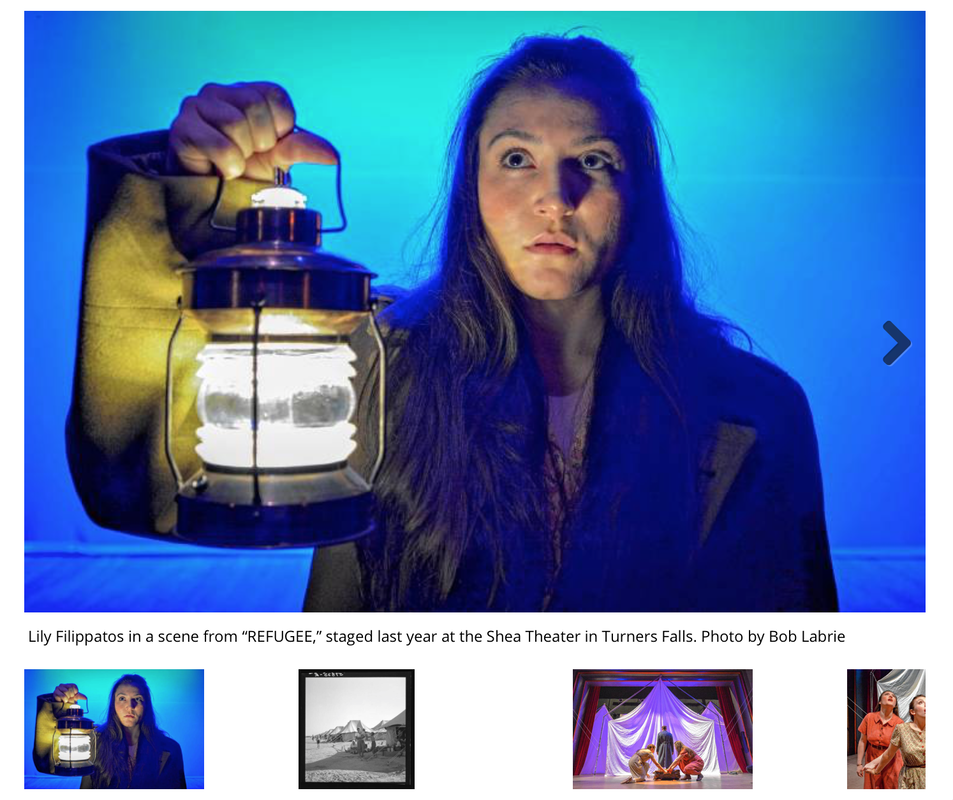 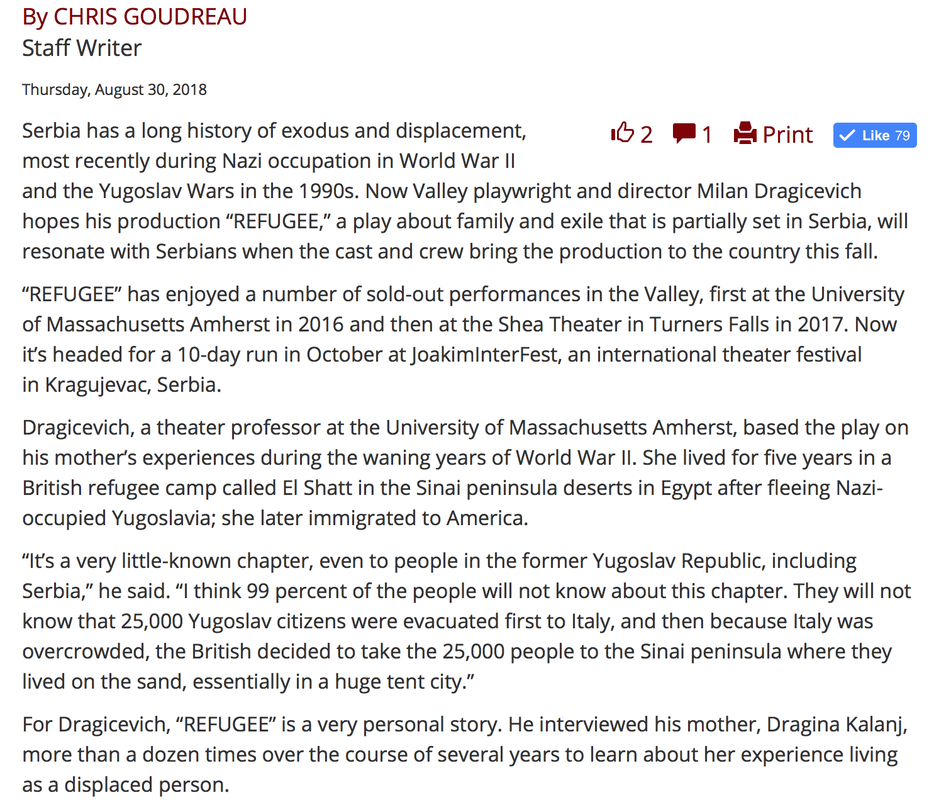 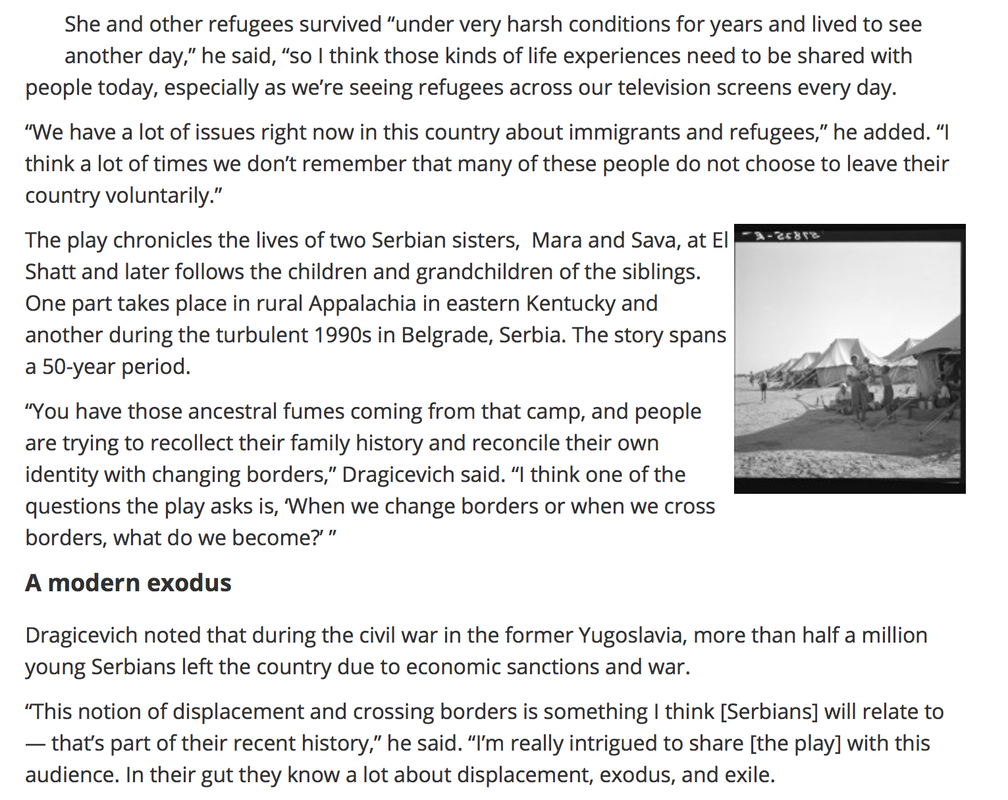 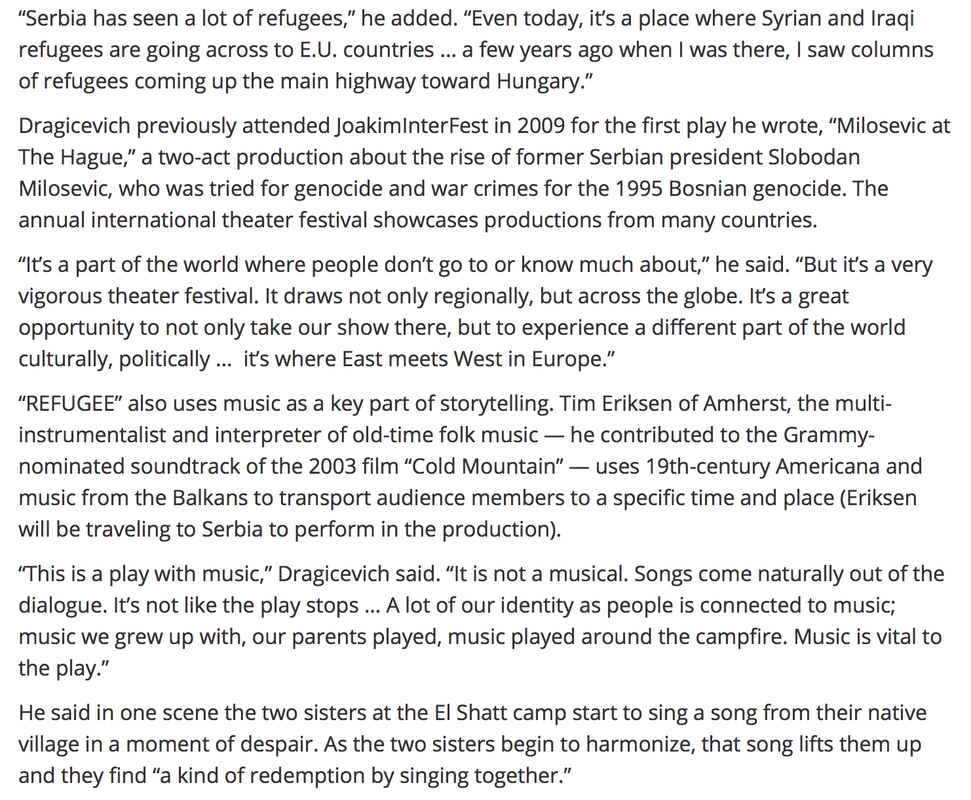 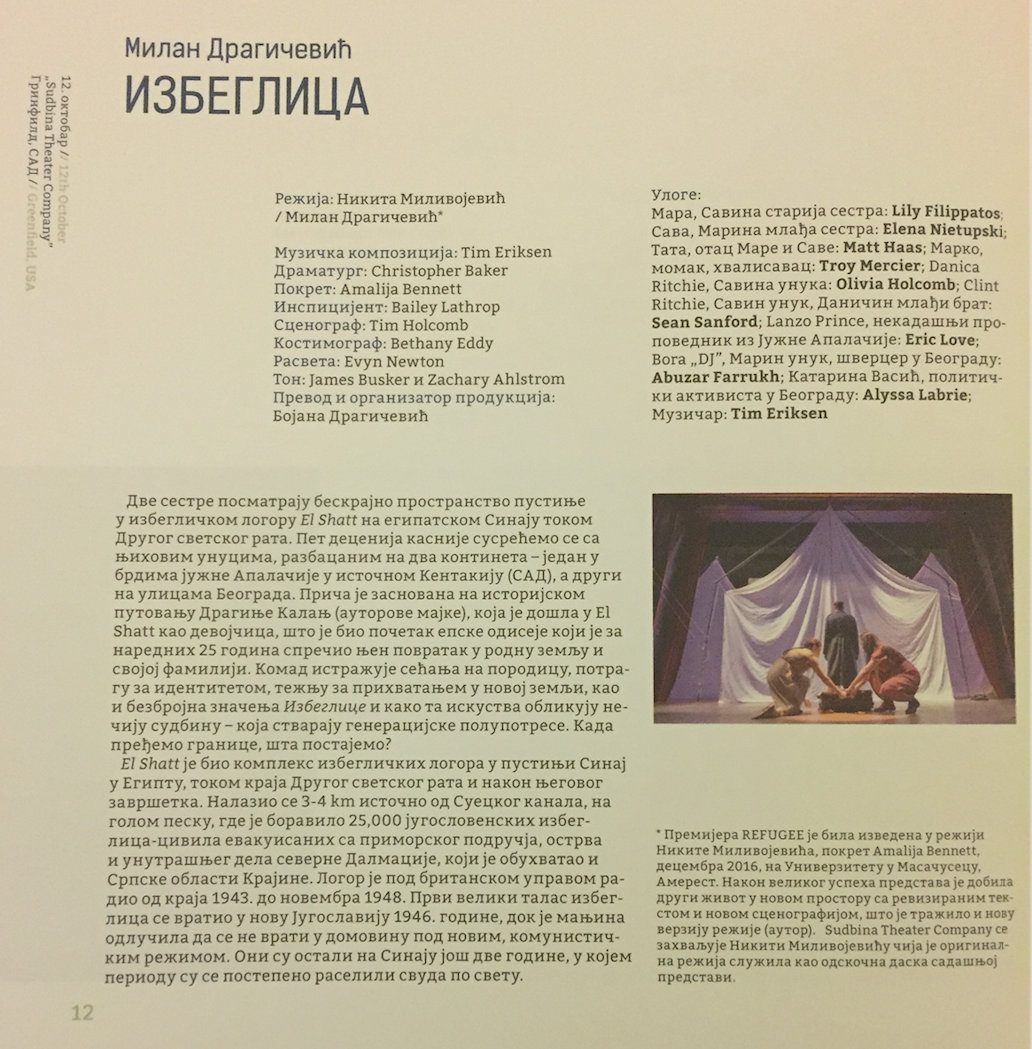